I love everything about this picture. You can’t not smile when looking at those two. 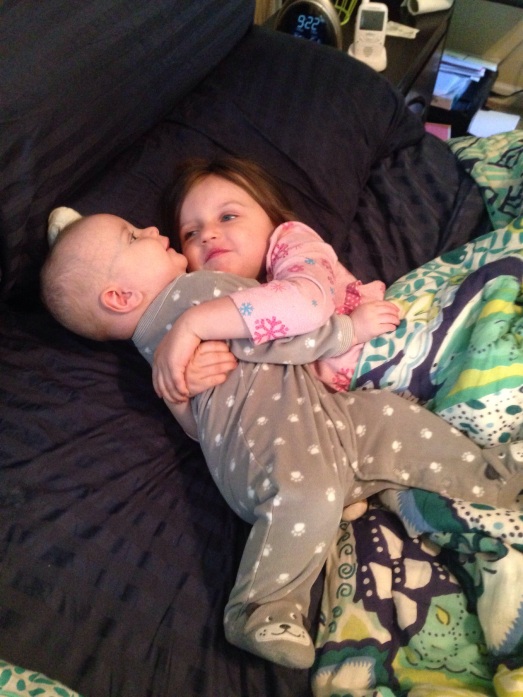 In our efforts to get back into shape, Chris and I started running again. Prior to me getting pregnant with Toby, we were both running regularly, and did several races–both 5 & 10ks. After I got pregnant, I had intentions of sticking with running for as long as I could, but I was so sick that it didn’t last very long. Chris ran off & on, but suffered a leg injury that had been keeping him from running as much as he wanted.

We registered for the Peachtree Road Race for this July 4th again and got picked to do it (through a lottery system). We knew we had to get our act together & start running more regularly.

We bought a double jogging stroller and here we are. 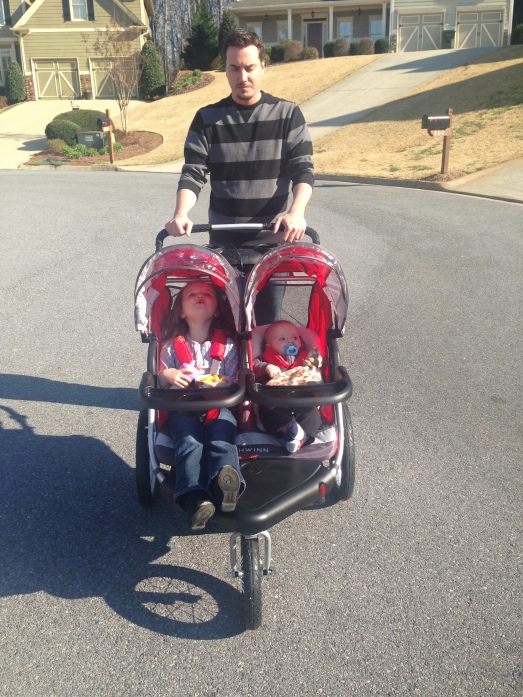 Our kids love it. Toby sleeps most runs & Elodie chats with Chris. He’s the one that pushes them when we run, and he’s still faster than me! 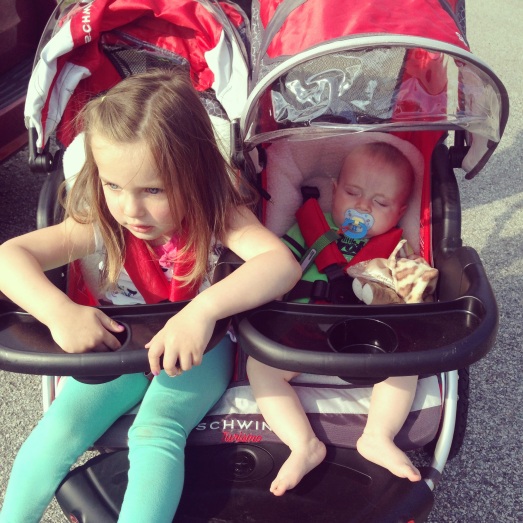 Toby is fast asleep after a run

Today as I was running, I thought I’d share my running playlist in case you need some inspiration to get out, enjoy the beautiful weather, & burn some calories.

I’m a pop diva & love me some pop music, especially Justin Timberlake, so don’t judge. These are in no particular order.

Justin Timberlake- Cry Me A River

Oily Murs- Dance With Me Tonight

Lady Gaga- Do What You Want

Florence & The Machine- Dog Days Are Over

Pitbull- Give me Everything

Usher- Love in this Club

Eminem- Love the Way You Lie

Panic! At the Disco- Mrs. Jackson

Miley Cyrus- Party in the USA

Taylor Swift- We Are Never Getting Back Together

Justin Timberlake- What Goes Around…

TI- What You Know

Enjoy refreshing your running playlist with some of my awesome music!

Maybe I’ll try & have Chris post his running mix too, for a good variation of music.

Happy Easter! We had my mom, sister, brother-in-law, and nephew over for an Easter brunch today. The Easter bunny was good to our kids, so we played with new toys, ate candy & hunted eggs all morning. 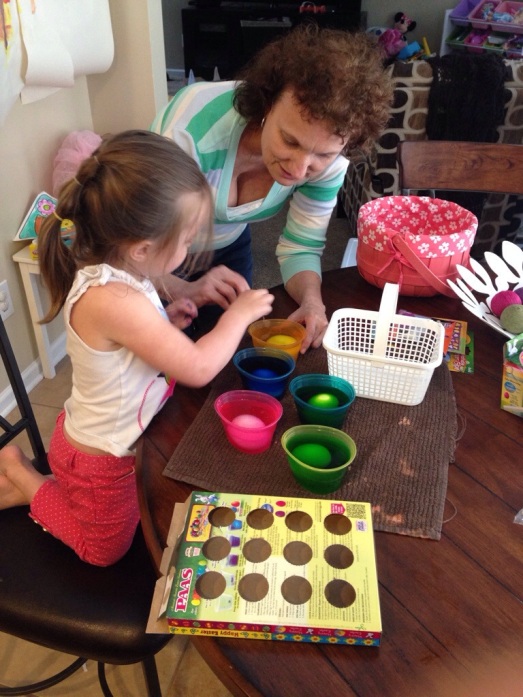 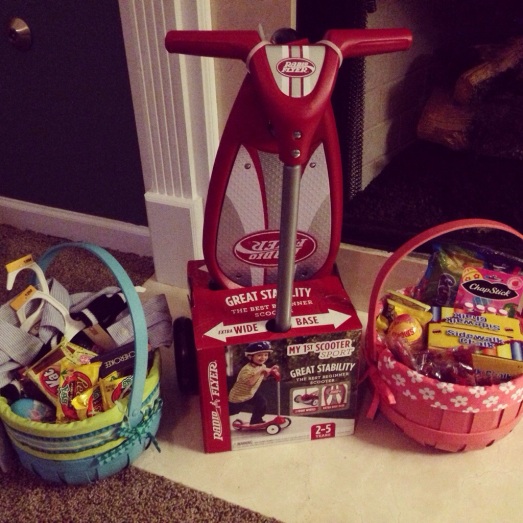 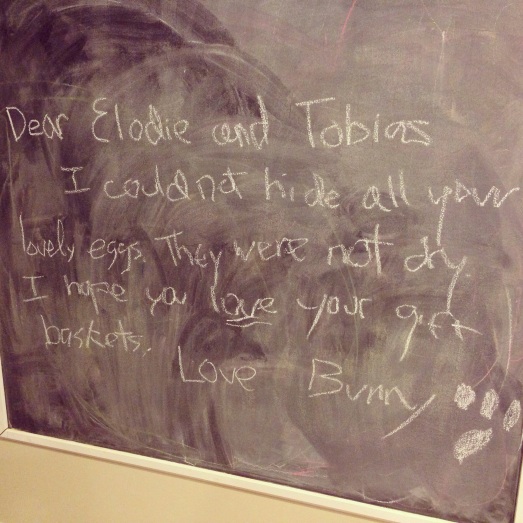 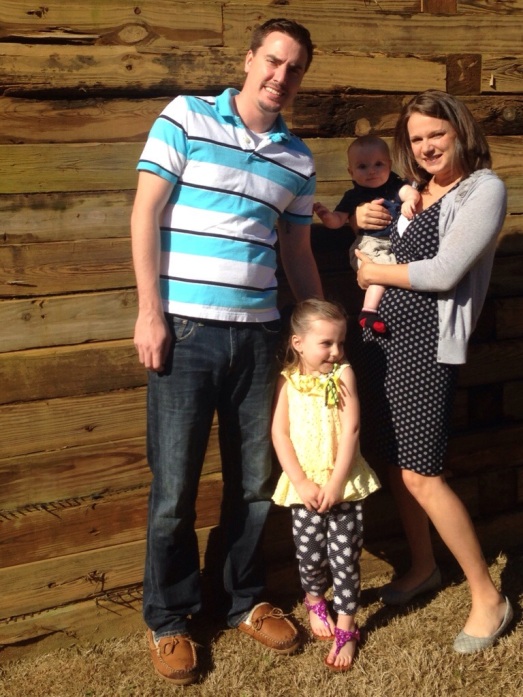 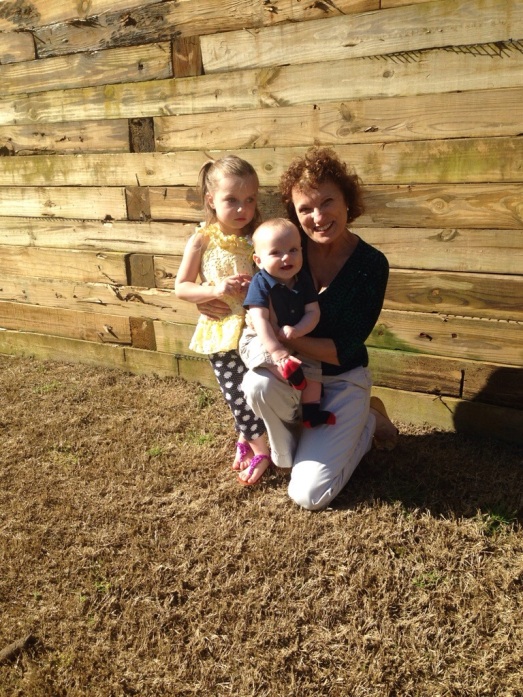 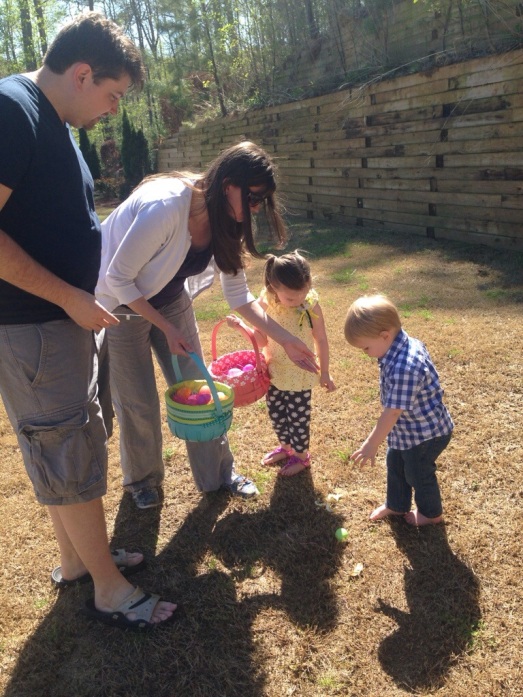 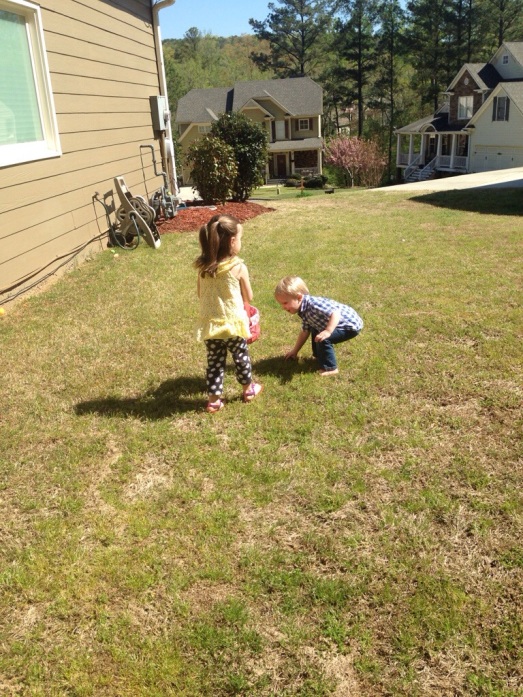 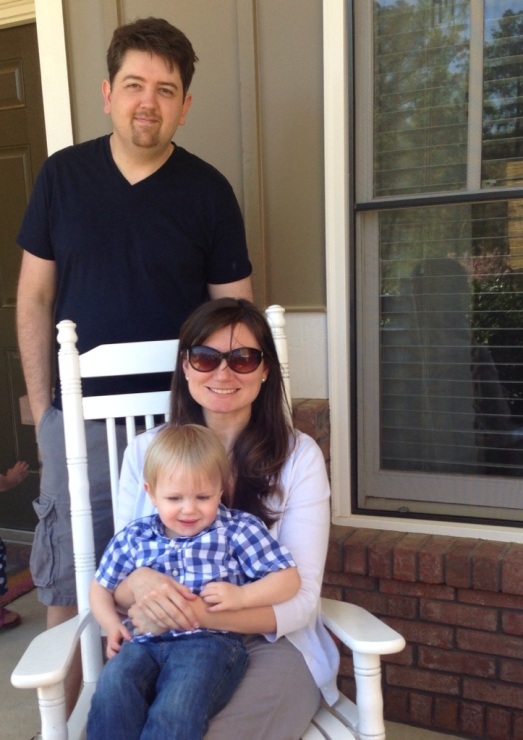 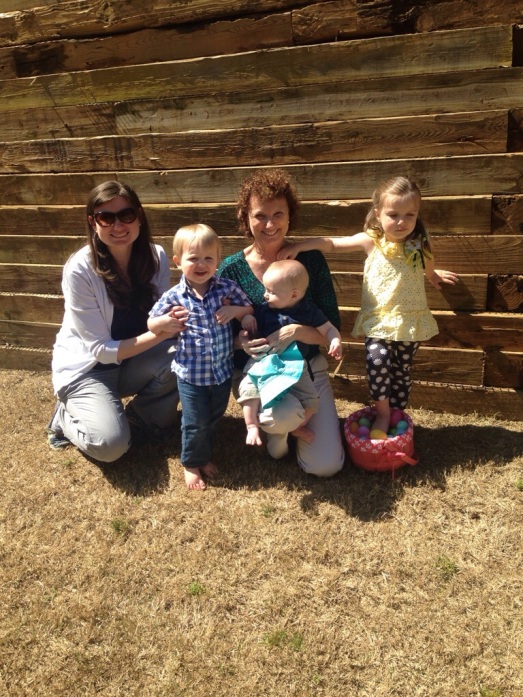 Now we are spending the rest of the day resting and enjoying family time. Hope you had a great Easter!

Playing catch up to share memories I never blogged about.. here’s Christmas 2013.

We celebrated Christmas a few days early at home with my family, and then packed up our kids and headed north for Christmas. It takes about 16 hours with two kids between eating, potty breaks, and etc. Our kids were great travelers on the trip up. Everyone was feeling sick on the way home, so that trip was pretty miserable.

We had a great time spending Christmas  up north. Chris’s family always goes all out for Christmas and we leave feeling so blessed. I’m so glad I married into such a wonderful family. My babies are lucky and get to grow up with a pretty great family–on both sides. We loved spending time with family, playing in the snow, and teaching Toby to roll over, among many other things.

Here are some scenes from our trip up north. 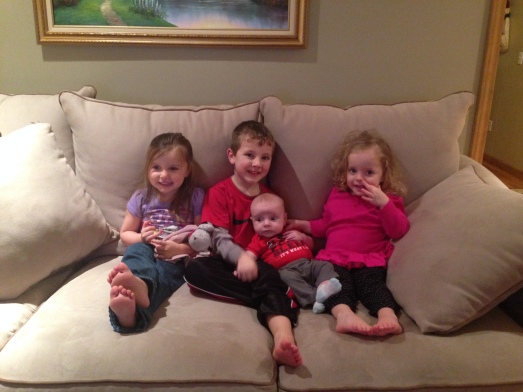 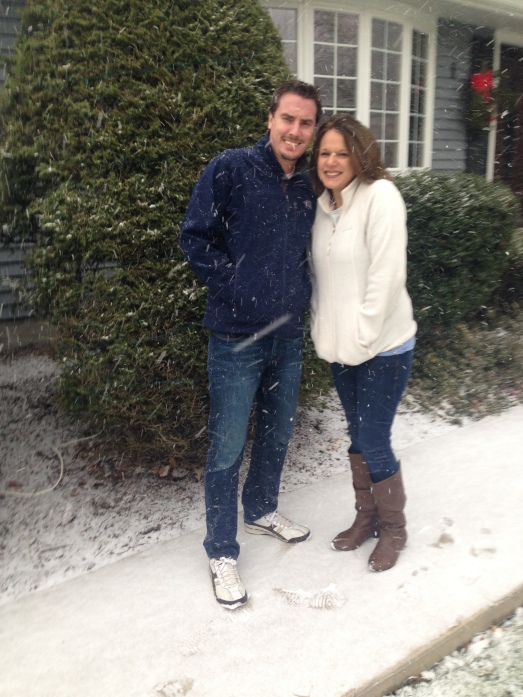 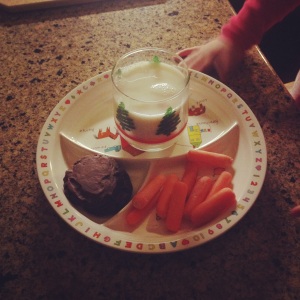 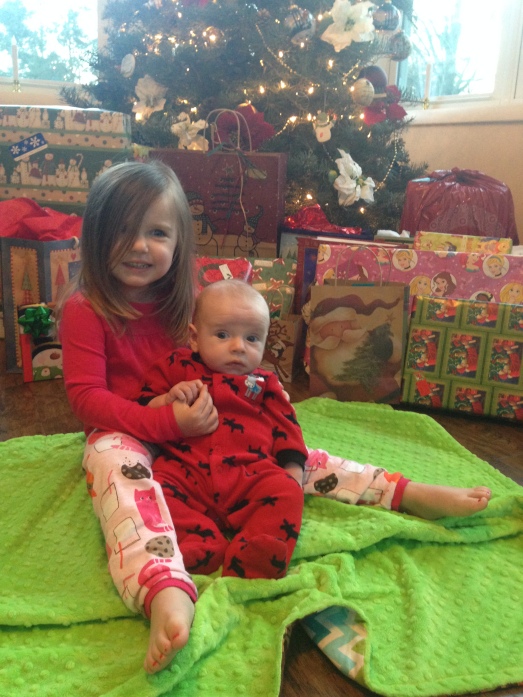 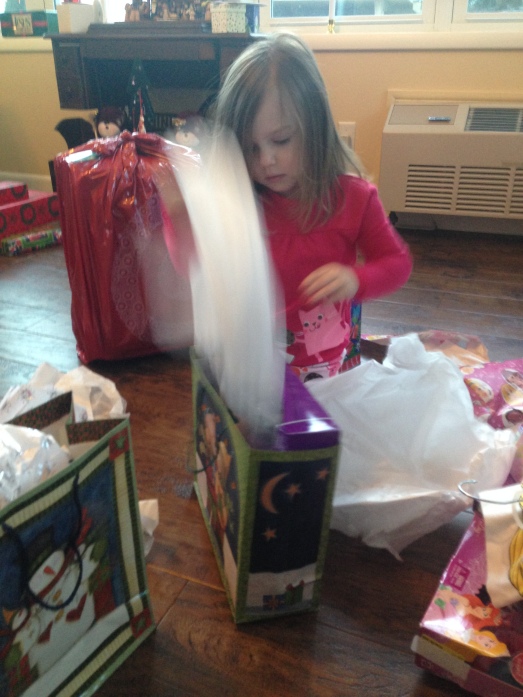 Furiously ripping into presents. Everything she opened, she responded with “it’s just what I wanted.” So sweet. 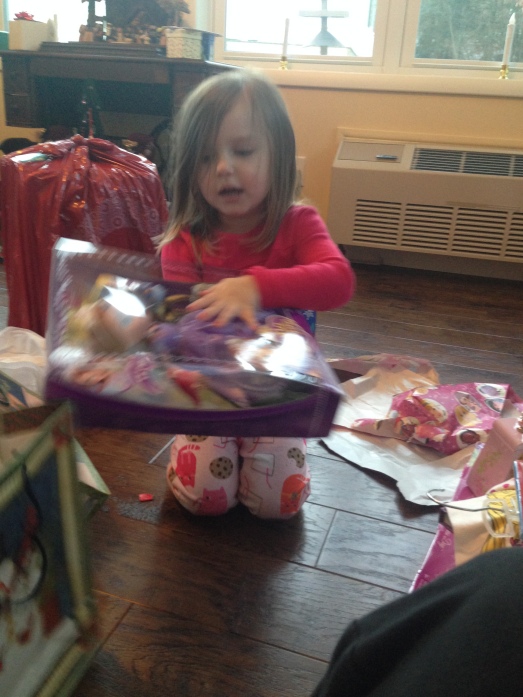 “It’s just what I wanted” 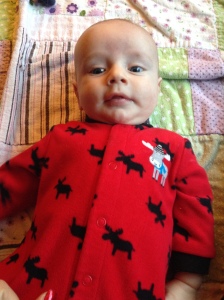 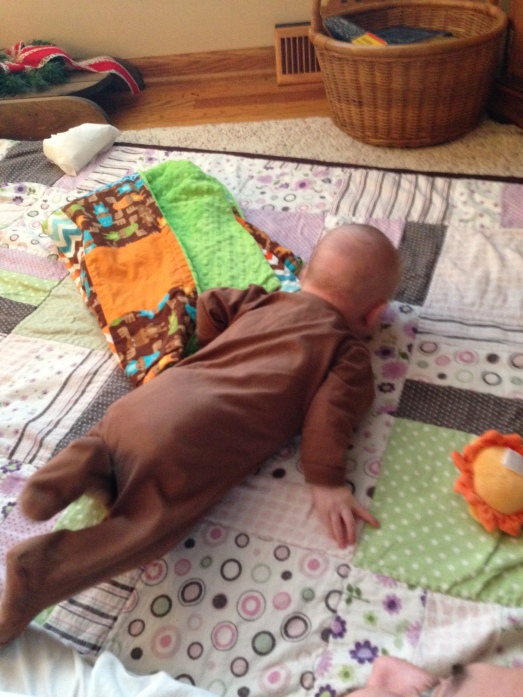 Tobes learned to roll over on this trip, at 3 months old 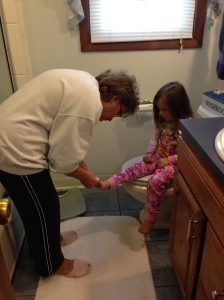 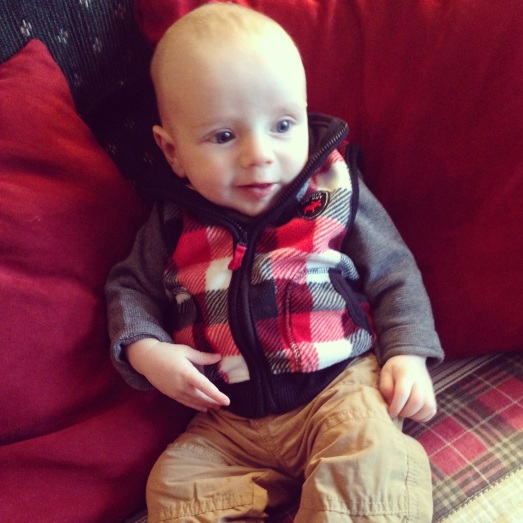 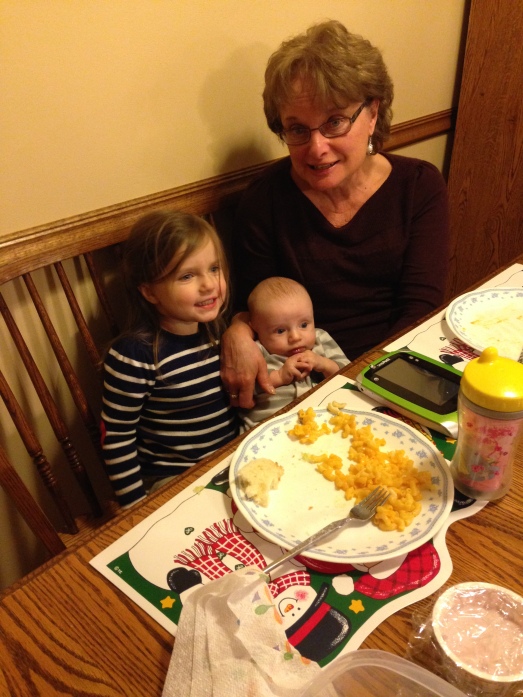 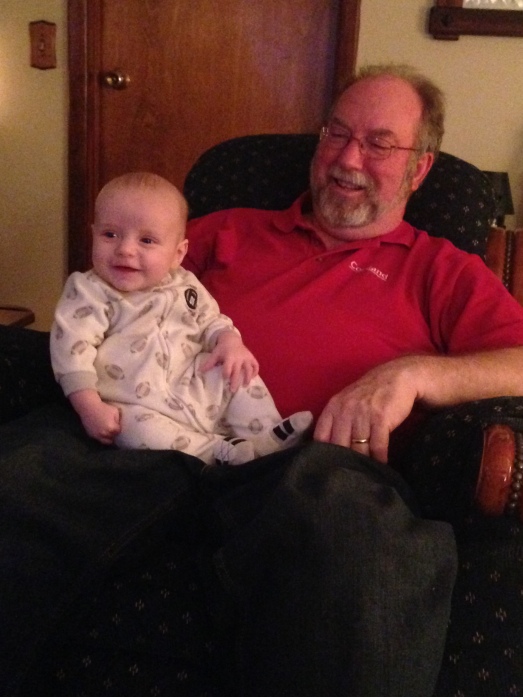 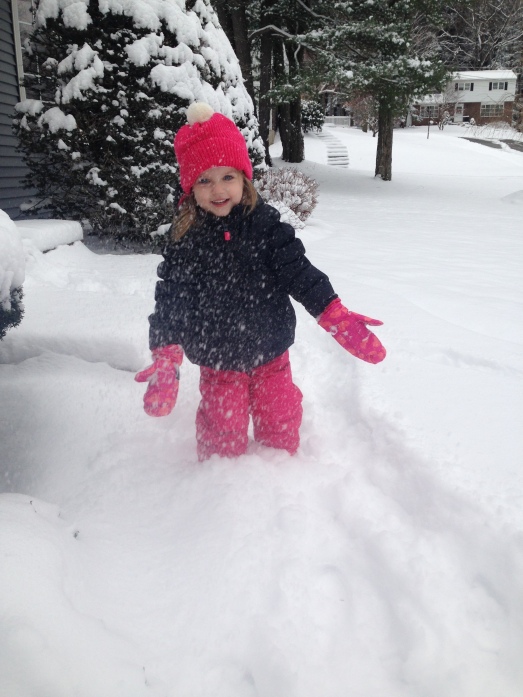 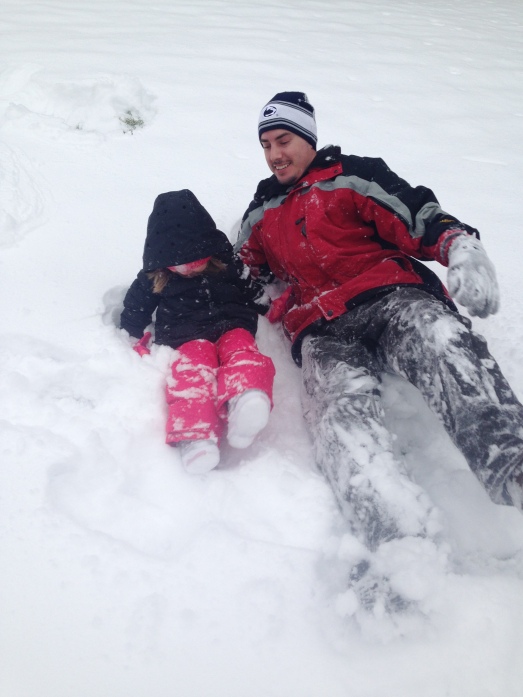 Elodie and Daddy playing in the 4 inches of show 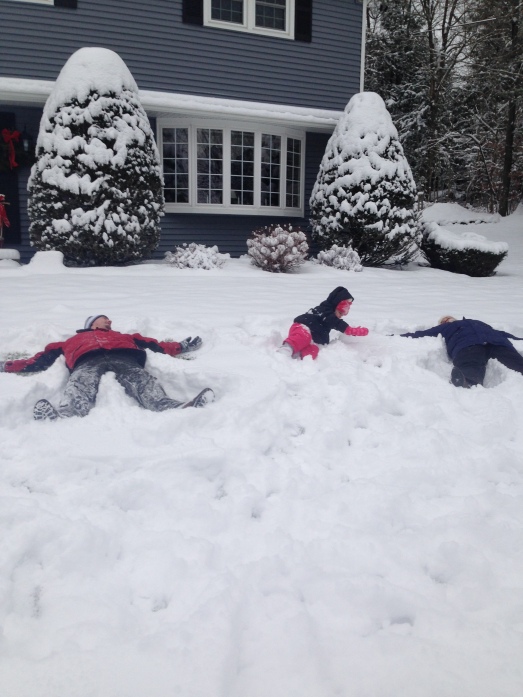 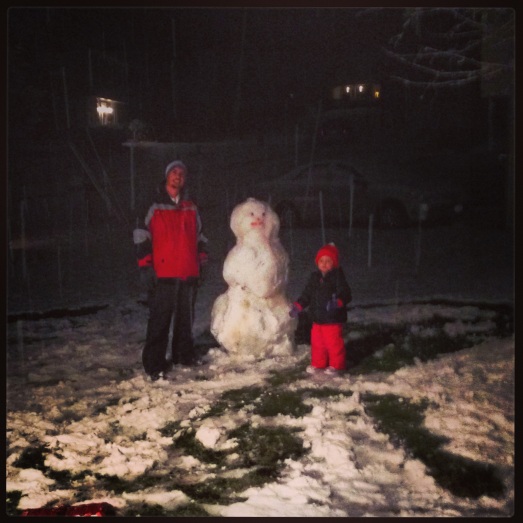 Anyone else missing Christmas already? Although.. I’m glad the weather is starting to warm up! Never mind, let’s hit the beach!